Infectious diseases are in the news today and horror and thriller films have been using them as a plot device for years.  One of the most popular was THE THING (1982).  Since then there has been a lot of movies that have copied it quite nicely including ALIEN RAIDERS (2008) and THE THAW (2009).   Now in 2020, the internationally produced film SEA FEVER has arrived and it is getting positive reviews.

Siobhán, a young marine biologist, joins an Irish fishing boat with a crew of six to study the traveling patterns of their latest catch.  While aboard, they discover a strange molluscan like cedphalopoda that attaches itself to the port side of their boat.  When a deserted Portuguese schooner brings with it a deadly secret, the seven crew members must make a decision that will determine their fate.

The film stars an international cast including Connie Nielsen, Dougray Scott, and Hermione Corfield.  Irish television director, Neasa Hardiman, wrote and directed the film.  Getting fair to good reviews by most critics, Dark Discussions takes their own look at the movie and gives their take. 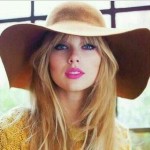